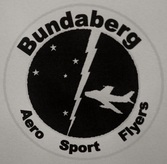 A few members of the club went down to Maryborough for the jet weekend. These photo's were taken on the Saturday. Photo credits go to Paul Larter. Paul managed to take nearly 1150 photos on the day. These have been selected as the best. Thanks Paul.

Welcome Back to our Flyers from Victoria/NSW

Contest Directors brief of the Event

Hi Gang,   Monto for 2012 has happened, and what a great weekend it was.   Someone asked in an earlier mail 'was it hot?' Well, no it wasnt, in fact the mornings were quite cool/cold, with most players wearing coats. Midday to afternoon warmed up to very pleasent, with clear skys all day. We had wind which seemed to be in perfect sync with our competition clock, quite still before and after and during breaks, but ever present while the clock was running. It was not a big problem and we did not see mass line breaks, just an extra test for the flyers.   Had a giant thermal come through on Saturday, which threw the computer/printer about the place and took charge of half a reem of paper, last seen heading whereever. In fact the club printer has not worked properly since - good thing I take a spare of everything. It also grabbed my awning, ripping out the stay ropes and pegs, and bent the awning right over the roof of the car - bit of repair to do here.   We managed 11 rounds for 14 flyers. We flew a "no droppers" competition, so no getting out of jail. The social and networking aspects of Monto was tops. Full credit to Ross and Michelle, who were the perfect hosts. Their efforts, with some helpers, tied the whole weekend together - over and above. Ross's garage became the indoor flying centre, and with Jeff Irvin, and David Vels providing a heap of flying things - multi copters, heli copters and light planes - these things are heaps of fun. Saturday late afternoon and evening was spent at the Polocross field with a smash up BBQ and very toasty open fire - it was cold as. Thanks Ross and Michelle again. The late afternoon saw the field full of hand launch, Radians etc, and the evening - out with the toys again. This time Karl and Brian added their lot to the mix and flew up an absolute storm. Some magic light setups. The locals must have thought that they had been invaded by UFO's. I will definately encouraging this sort of fun to be part of Susan River - I think that it should work well at the homestead.   Thanks to all who came and flew and helped and were part of the weekend.   If you could not make it to Monto this year, I am sorry, because you really missed out.

We invited our members from Hervey Bay for a days flying at our woodgate field. It was another great days flying for all who were there. The sun tried its hardest all day to come out but hid most of the day. The wind was a little chilly too sometimes. These photos are just a little of what happened. There were also a few little incidents through the day but I am sure they will be spoken of in the next few days. All in all a fun day with lots of good flying. Thanx too, for all that took the time to travel and make the day enjoyable. Also, welcome to Gary (Woodgate) who will be flying here regularly and will fit in here great with his keenness for Gliders .

Visitors from Victoria sharing a great mornings flying at BASF

It was great to see that two friends travel from Victoria to enjoy the facilities at BASF. Ian Bryant (left) and Alan Morcombe (right) travel each year to Woodgate. They always bring a few planes with them and always enjoy their experience with us at BASF. Ian is from the Valley Radio Flyer's in Shepparton and Alan is from Twin City Model Aero Club in Albury/Wodonga.
Below are just a few of the planes they brought this year. What stood out was the Precision Aerobatics 'Bandit' and an ARF out of Italy called the 'Sharks', both are very nice in the air. The Bandit has added technology in the way of veins on the leading 1/3 of the outer wing to help airflow over the ailerons at low flying speeds. The Sharks has a 3 cell setup with a scorpion motor and flys very well. 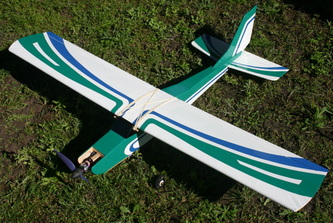 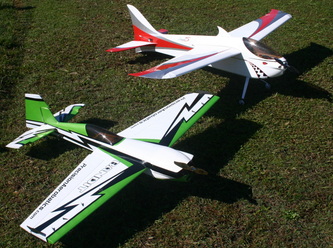 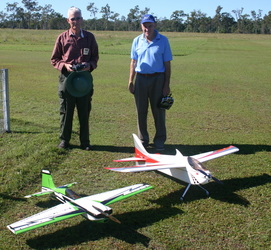 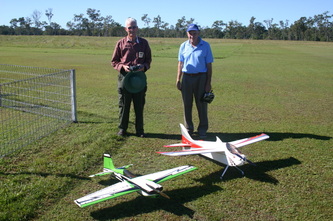 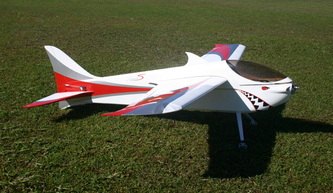 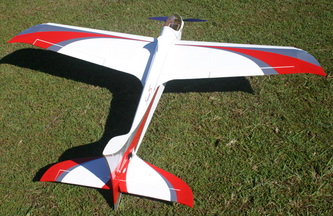 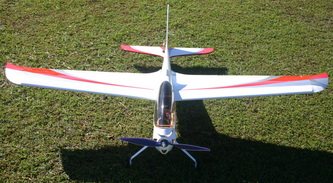 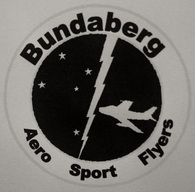